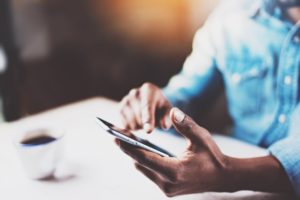 Software-defined wide area networking (SD-WAN) is the next step in the evolution of the virtual private network (VPN). For many years, companies have been utilizing VPN as a way to securely offer connections to their network through an internet line or a multi-protocol label switching (MPLS) line. This remote access made it possible for employees to access servers from any location, broadly improving productivity and accessibility. SD-WAN and VPN create cost-effective solutions for a high level of connectivity.

What is VPN? VPN is the creation of a secure network that covers a network transport that is not as secure, such as the public internet. It’s most often used to connect individual devices to a site or to connect one site to another. In the past, it’s been a more unusual application to use VPN to connect a device to the site, but this is becoming increasingly common as Internet of Things (IoT) devices are flooding the workplace.

Remote access VPN: Remote access VPN is the most common use of the technology, allowing users to access the company’s resources when they are not directly connected to the company network. These are generally temporary connections that disappear once a task is completed. Remote access establishes a tunnel between the user and the network and requires authentication of some type.

The benefits of remote access VPN is that users can cheaply connect to the company and it significantly expands their productivity, allowing them to work from home or while traveling. The drawback is that so many factors can affect performance, including the quality of the internet service, the type of encryption in place,  and the device being utilized.

Enter the cloud: In many instances, the need for remote access VPN is diminishing due to advances in cloud technology. Software as a Service (SaaS) means that many applications only require the user to connect to the application in the cloud, and the need for a VPN vanishes.

SD-WAN and VPN: SD-WAN is becoming a common solution because it allows enterprises to replace some of their MPLS lines with more cost-effective pathways for network traffic. In addition, the control plane is decoupled from the network infrastructure, allowing for optimization of internet traffic as well as centralized configuration and troubleshooting.

SD-WAN and VPN are related in that SD-WAN is a more evolved VPN, and it is solving many of the challenges facing enterprise network engineers. To learn more about network solutions to fit the changing needs of your organization, contact us at Wanify.

Bring your customers the WAN support and performance they want.

Are You SD-WAN Ready?

Find out if your business is a prime candidate for SD-WAN without you even knowing it.

Get Your Free Checklist.